Skip to content
3 декабря 2021 г. в 17.00 в рамках конференции ASEEES (New Orleans) состоится заседание секции (panel) “History and Present of Non-mainstream Reading Practices in Russia”. От кафедры принимает участие А.В.Швец.
Описание секции:
Chair: Ann Ivanova
Discussant: Kirill Zubkov
New models of literature consumption and community formation in the post-Gutenberg world are being discussed for the past few decades. However, the development of electronic reading devices and software, the birth of new digital tribes and societies, the emergence of new modes of emotions continue to reshape the world of literature and reception of fiction and poetry as we used to know it. Some of these changes bring us back to previous cultural practices, such as avant-garde “art as life” theories, some bring to life new non-human actors, algorithms, and big platforms. Such fusion is embedded into the hybrid neo-liberal cultural economy of Russia, where the vertical hierarchy of literary and cultural taste is no more stable, but at the same time, horizontal communities form their own understanding of artistic value.
The panel brings together experts in various fields of reader theory and history, people with academic backgrounds and participants of the Russian publishing market.
Список докладов с аннотациями:
Anna Shvets
The Founders of Modern Poetic Performance: Precursors to Participatory Readerly Response in Russian Poetry
The paper focuses upon early avant-garde poetic practices such as first live poetic performances, hosted by poetic communities (in particular, the Cubo-Futurist community). The receptive orientation of a live performance targets a potential ally, whose creative energy and participation are solicited by the poets. Over the course of a live performance, a new type of readerly public is being envisioned, the one that provides an active participatory response, engaging in a poetic event. The unity of the poetic utterance, its performative staging, and an anticipated participatory readerly response translates into the Futurist book, not a conventional poetry collection but rather a media device avant la lettre. The goal of that device is to enable the reader to actively interact with the text as a material artifact, a platform with various media affordances, in order to “replay” a performance virtually, in the absence of a poet. Such a book is meant to be consumed, actively used, and disposed of in an instant, much like modern media installations. As it could be seen, an analysis of Russian avant-garde performative practices informed by modern media sensibility reveals an important precursor to later participatory cultures of reading, capitalizing on live events and its media dissemination.
Евгения Вежлян
Poetry as a Culture of Poetic Performance: Receptive Aspect
The presentation is dedicated to consideration of poetic performances and their changing function in contemporary poetry communities. Due to new media the regimes of poetry publicity gradually change: poetry is often perceived by new generations not as a part of written literature anymore – but as a dissoluble unity of text and performance. Thus, reading and listening are connected in a very complicated way in the light of this new reception. In its turn it leads to change in the perception of the image of a poet on a public scene. Once authoritative and inalienable from its performances and texts author, whose intonations were perceived as primary foundation for interpretation of texts, now author begins to be considered as a maker of alienable product for new public, and this product is self-sufficient only in ‘adequate’ – i.e. scenically acceptable, performance. Thus, the very cultural semantic of authorial voice changes. In this presentation we will consider some concrete cases, which show the specifics of these processes.
Анна Герасимова
Read-along: Did Bad Books Make Some Benefits?
This paper argues relatively new phenomena in Russian Internet: collective readings of some poorly written fictional (or, rather rarely, non-fictional) texts. In Russian we call it “chteniya” with some reminisce of research conferences, especially from marxism-leninism (Leninskie chteniya).
In short, this practice is described as posting on an internet resource with possibility for users to interact in some way (e.g. to answer) some series of successive citations with reader’s (named as “chtets”) sarcastic or emotional comments. This activity tends to take place in a form of online sessions, when all the readers read these citations and comments along, so we choose a name of “read-along” for them in English.
This form of activity, apparently, is applied often to the texts that seem to be ridiculous, inappropriate or simply absurd. That way, we can figure out what kind of texts prompt readers to read them along.
We are trying not to limit ourselves with analysis of readers’ demands and desires, but intend to deal with this phenomena as a group activity comparable with traditional book clubs, so we esteem it like a network-making form of reading, giving an opportunity to manage with some discomfiting feelings, especially during this pandemy.
Anna Murashova
Reading Strategies at the Litnet.com
Electronic book publishing and the Internet changed the reading landscape, but most literary practices on the Internet such as fanfiction and self-publishing platforms are outside the mainstream literary process and literary studies. Reading strategies on the Internet differ from reading strategies in the Gutenberg era; they are country-specific, platform-specific, device-specific.
An example of such an intersection of elements is Litnet.com – the largest self-publishing platform in Russia. This is a genre-specific platform: most texts published at litnet.com are romance novels: 28849 books of 69421. According to the platform administration, the main audience is women 25-40 years old. Based on the Web Studies method proposed by Niels Brüger, cyber ethnography and anthropology, the research will explore reading strategies at the platform: how readers choose the book to read, what factors influence their choice, how they classify good and bad books, how medium and device they read from affects the reader’s habits. 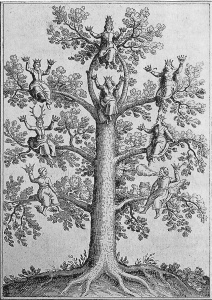 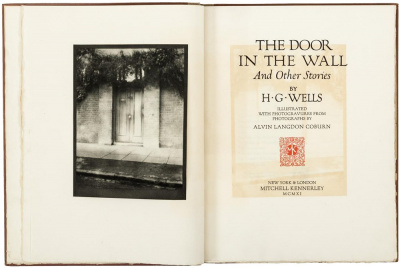 Facebook login by WP-FB-AutoConnect
Наш сайт использует cookies, чтобы убедиться в том, что даем вам лучший опыт на нашем сайте. Если вы продолжите использовать этот сайт, будем считать, что вы согласны с нашей политикой cookies. We use cookies to ensure that we give you the best experience on our website. If you continue to use this site we will assume that you are happy with it. ОКNo